Going On The Record When It Comes to Court Reporting 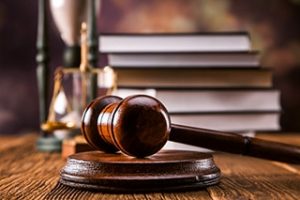 When it comes to court reporting, you may be faced with several obligations. Have you ever been in a situation where you are almost done with your deposition outline when the opposing counsel has an objection to your line of questioning? They then tell their client not to answer. The opposing counsel doesn’t let the court reporter allow you to go off the record, and as a result, everything is recorded.

Or perhaps you’ve been in a situation where the witness is instructed by her counsel not to answer questions, but afterward, they make comments that sound like their witness actually did know of things relevant to the questions. This is heard by the reporter and the deposing attorney may ask the reporter to go on record again so the witness can be requestioned (whereupon they don’t respond once more and the counsel will not go along with confirming outside comments. The attorney then must ask the court reporter to make a record of the comments that allegedly happened off the record.

So, what should a court reporter do and what do they have to do?

Basically, when either party wants to be on the record, a court reporter must go on the record. Reporters must give fairness to all parties and not give any impression of impropriety and must record the proceedings, no matter what, unless they both agree to go off of the record.

Court reporters must transcribe information accurately that they are responsible for. This is the standard of professional ethics. The testimony must be recorded accurately, since going off the record early would eliminate the possibility of an accurate record. When a deposition is cut short by a defending party, a court reporter must record while they are excused and record positions stated within. When both parties agree that there is no more for the record that day, that is when the duty of a court recorded to take down the record ends.

Court reporters are also bound by the rules of the courtroom. For instance, a court reporter cannot put comments onto the transcript that was defined as off the record. As a certified court reporter, you likely already know the importance of recording what you are instructed to and leave out what is meant to be left out. The rules are pretty simple, and reporters should be biased. They are there to accurately record what happened.

Reporters also may provide testimony of statements and events that occurred if it is needed, because if the parties cannot agree on what will go off record then the content may end up on the record after all. Reporters may even be requested to sign a statement that describes what they have seen. Luckily, this will not be up to the reporter to draft as the counsel will often draft a declaration. However, you should read it carefully before you review it if you find yourself in one of these situations. You may also be subpoenaed to come to court or receive a deposition.

Essentially, all court reporters are there to provide a record of what went on in court. The job is hugely important and challenging all at the same time! However, at the end of the day, you’ll be told what’s on and off the record, so that aspect is relatively easy. Just record what you should, omit what you don’t, and show up early to the job, and you’ll be fine!