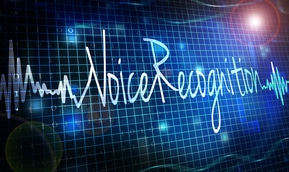 Certified court reporters have been valuable to their job and the legal system for quite some time. But could court reporters be replaced by technology in the future? You may have read about technology starting to subsume all types of jobs, from cashiers in Asia to factory workers. There is a small trend of technology starting to do things that humans can do– and in some cases, doing them far quicker. Computers, technology, and voice recognition are all steadily advancing in complexity and ability, as well.

What does this mean when it comes to stenographic court reporting?

Some courts these days have begun to use digital recording devices in addition to court reporters. Unfortunately, this is not so much a personal move as it is a business one. Certified stenographic court reporters do require a certain amount of money to hire, and courts are starting to experiment with using digital recorders in order to save money. In some cases, courts have been even able to put digital technology in the courtroom using the funds that they’ve saved from not hiring reporters.

This may be discouraging news for people in the field of stenographic court reporting. After all, many court reporters have put time and money into their profession. However, certified court reporters may not have as much to fret about as one might think. This digital technology still requires a significant amount of money and even humans to operate. The cost of original purchase is often the tip of the iceberg by being the easiest aspect of using this technology for courts. Hardwiring the equipment can cost a pretty penny, as can digital storage files, tech support, maintenance, software and hardware support and upgrades, and close monitoring and operation of the system itself during each proceeding. Last but not least the digital recording must be transcribed, proofread and certified to for accuracy by either a transcriptionist or by a stenographic court reporter. Where digital recording if done correctly involves layers of personnel, all of the aforementioned is achieved by one stenographic certified court reporter. In many ways, the technology is just as expensive as hiring a stenographic court reporter—and as you might surmise in some cases more so. After all, techs aren’t cheap and neither is good quality, which inarguably is vital to our justice system.

There’s also such a thing as human error. Unfortunately, human error also extends to the machines. Human ears can often select the dialogue that they need to take down out of a din or conflicting noises in the room. A machine cannot. If the testimony is drowned out or made difficult to hear, the digital recording system may not be able to record the correct audio or will even fail to accurately take down the important audio aspects, becoming overtaken by the wide range of noise happening. In addition, a court reporter will be able to accurately take down on-the-record statements and leave out off-the-record ones, while a computer system cannot. This is an important distinction.

The state of voice recognition means that at this moment in time, it’s no match for a certified stenographic court reporter. This has been proven as well by the fact that this was an issue of concern decades ago for reporters that has not come to pass. A court reporter is required to provide accurate transcriptions of what has occurred in the court room. Going into a court without one leaves the court susceptible to the weak spots of the technology and could even have disastrous results. Unfortunately, the technology cannot distinguish between context and, without a human element, is incapable of stopping and requesting clarification for the purpose of accurate transcripts. An accurate record is indispensable to the process.

Will certified court reporters be eventually replaced by technology? It’s unlikely. When it comes to the battle of quality and accuracy over misperceptions of cost savings, quality and accuracy must inevitably win. The conversion to the tech is unlikely to be so effective that it displaces court reporters. Perhaps the two will be utilized in tandem in the future similar to the way court reporters and videographers work together today. But for now, digital recording is too susceptible to error to be an effective substitution for certified stenographic court reporters. On top of that, human beings don’t need tech maintenance and repair– something that will be necessary if courts want to make a permanent place for advanced voice recording technology. For now, we are confident in our opinion that court reporters are here to stay.