Let the Record Show: Tips for Attorneys When it Comes to Court Reporting 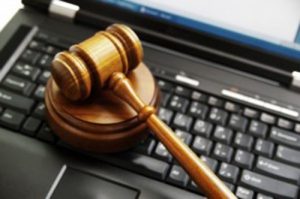 As most certified realtime reporters may already know, a transcript is required throughout a trial. It is the record of everything that has gone on and is used during reviews, preparation, briefs, and even impeachment. It’s essential for many reasons and a trial cannot go on without it.

A clear, accurate record allows for total transparency and freedom from corruption. It can even help cases be won after they have lost in appeal. As an attorney, you have to be very aware of what you’re saying; it goes on the record, but anything you don’t say does not as well. We’ve put together some tips so that you can be the best at your job possible. Think of it as a little refresher course!

Court reporters must always come prepared for the job. Being prepared leads to the ability to focus, which leads to the ability to do your job to produce a perfect transcript. Holding your purpose and task at hand in high regard will, in turn, make you held in high regard, as everyone respects someone who is doing their utmost to do their job properly. Creating a record that is accurate and covers all parts of a trial must be just as important as recording the body of the trial.

You also must remember to introduce yourself when you rise to speak in cases that have multiple members of counsel. This will help create an accurate record. It’s all the more important during a hearing conducted over the telephone, so just calmly identify yourself when you rise to speak. Enunciate your name clearly in order to avoid any confusions or errors of spelling that may come up. Be sure to try and avoid overlapping as well– having one person speaking at a time will avoid confusion in the transcript, as well as save you from the provocation of the judge. Clarify letters and numbers if necessary as well to keep everything clear.

Exhibits do vary in expectations, such as being to the left of the reporter in some places and moved elsewhere in others or moved by the clerk or the bailiff. Make sure you i.d. the exhibit by stating its features and the date. Just date alone may not be enough in some cases since there are more exhibits that bear the same date and thus can be confusing. Reference their serial number and state for the record whenever you withdraw exhibits or sub in a copy. Note who marked an exhibit if previously marked, let reporters know when you have many exhibits that are going to be entered into the record, and give them the time they need to make notes in the record before an examination.

You should also make an attempt to use the phrase ‘let the record show’ to qualify gestures that witnesses have made. It’s more than for just theatrical effect– it adds clarity to the account. If the witness is describing a distance, clarify what they meant. If they are gesturing to themselves or others, describe what they are trying to get across. If your witness identifies a person, clarify for the record whom it is that they have indicated. If you cite or quote anything, do so that everyone can hear you and every word is clearly enunciated. You will get no extra points for saying things in the quickest amount of time! Say quote or unquote to mark them and when reading testimony for the record, use question and answer to expedite the process.

You should also make an effort to become familiar with the words and terms you may be using. Getting those terms right will save everyone a lot of time, and even lawyers need to get comfortable with some words or terminologies that are new to them. It will help create an accurate transcript and cut back on the interruptions needed in order to clarify the pronunciation of a word.

Going too fast is a rookie mistake. Speaking of rookie mistakes, even seasoned vet reporters are going to be writing tens of thousands of words a day, so talk at a reasonable speed. Keep in mind that the rate of speech has gone up in recent years, but speech typically becomes harder to understand at faster paces. Especially in courtrooms, take your time speaking!

As an attorney, a lot of this probably seems like old hat to you. That may be true, but it’s easy to forget about the record sometimes. Just manage your diction, speaking pace, and statements for the record, and you should be just fine.