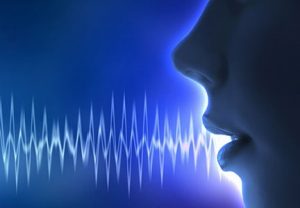 Certified court reporters are a valuable part of the legal system. It’s an important job, but could these reporters be replaced with technology down the road? No one really likes to think about their career being made obsolete by technology, but it is possible that it could happen. Voice recognition and computers are advancing complexity and ability. Read on to find out whether tech like voice recognition technology is likely to replace certified court reporters in the future.

Stenographic court reporting is an important feature of any court. However, some courts have started to use digital recording devices as well as court reporters. Part of their motivation is to save money, as certified court reporters do cost money to hire. It’s a case of a lot of courts experimenting with how well this tech performs in the hopes of saving some funds from not hiring reporters. This may seem like a worrying trend for people whoa re actually employed in this field, especially for those who have spent a significant amount of time and money to become certified and work in their field.

At the same time, there might not be as much to worry about as you might think. Although you don’t have to pay the machines wages, the digital tech does still require money and people to operate. It’s not just a case of putting the money down and being able to avoid future costs, as hard wiring, digital storage files, software, support, upgrades and maintenance can all cost quite a bit. That’s in addition to monitoring and operation of the tech for each proceeding it is used for.

Also remember that ultimately any digital recording must be transcribed and proofread as well as certified by a court reporter or transcriptionist. To be operating at all this tech still requires human support, and may even be more expensive to operate if it is experiencing problems. While good reporters are not cheap, neither is tech support– and it may even cost more in the long run, defeating those hopes of saving funds.

While there is such a thing as human error, a reporter is so experienced in their job that they are very good at what they do. Unlike a machine, they can sort through a din of conflicting noise in a room. A human can also stop and ask for clarity whereas a machine may not record the audio necessary. A reporter can also leave out statements that are off the record and keep those on, which tech cannot yet do. Without the ability to distinguish context or sort through multiple audio sources, technology unfortunately has a way to go before it matches the transcription ability of court reporters.

It’s unlikely that court reporters will be kicked out by technology anytime soon. In a choice between quality and risk, the courts are not going to jeopardize necessary clear transcriptions for some tech that promises to save them a bundle (which it is unlikely to do). Perhaps a combination of the two will happen in the future, but for right now, reporters are more reliable and perform better. The tech right now is simply not an adequate substitute.