Beware of the Tricks Used to Encourage a Witness to Volunteer 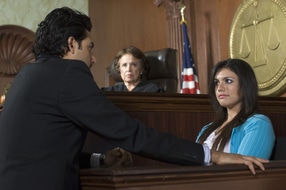 When it comes to being a witness, many witnesses don’t always understand what the purpose of a deposition is. When you’re on the stand, many people believe that they need to tell the attorney who is questioning them everything. A lot of people think that not telling them everything they know is lying or not telling the truth. However, talking too much at a trial can be a liability when it comes to the witness. The more you say, the more information you give away. It’s important to remember that you don’t have to tell the attorney everything that you ever thought about the subject. Your job as a witness is to answer the question, not elaborate and elaborate upon it. The opposing attorney has to ask the right question, and you simply answer it.

What strategies will the opposing counsel likely use?

Acting friendly.
Just because they’re friendly does not mean that they are your friend! Sure, a lawyer might be a good person in their personal life but make no mistake: every single thing they do in a courtroom is for show. A trial is similar in many ways to a play or pageant; there are stages, and there are always points for presentation. Any demeanor that an attorney has on is to advance the case. They don’t care about being “nice” to you– they’re doing so in the hopes that you’ll let down your guard and give them some information in exchange for their approval or because you feel so relaxed. Since witnesses are often expecting the hard-hitting lawyer, when they are nice or friendly, witnesses often want to be friendly in return. You are free to offer short answers– don’t feel you need to do more for the lawyer questioning you.

Long pauses.
An attorney will sometimes allow for pauses after a witness answers the question. They’ll organize their notes or simply act like they are thinking, but uncomfortable pauses are intentional in a trial. The gaps are purposefully left there in the hopes that the witness will feel prompted to talk some more instead of letting the answer lie. It’s a social thing, and it’s one of the main ways an attorney fishes for new information. Maybe the attorney seems like he really is dumb, but he’s likely just playing dumb and hoping you’ll be dumb enough to fall into the trap.

Pretending they’re ignorant.
Another common trick is pretending to not really know anything about a topic and seeming like they need additional education on it. The witness is in the trap of becoming either a teacher-like figure to the attorney or refusing to speak, for which they may feel guilty and offer up additional information later as well. All people want to be heard and sound authoritative or at least informed on a subject they know a lot about. If a witness is not expecting this, it could be a fairly well-laid trap.

Being shocked by a response.
An attorney who is surprised should always be viewed by a witness with suspicion. It can prompt a witness to feel that their answer was not ‘correct’ or that what they are saying needs to be clarified. The defense of this sentence or elaborating on it could be destructive to the case but solid gold to the other side’s case.

Repeating a question.
Asking a question over and over is a standard trick commonly used. Witnesses hate this and feel annoyed or even allow themselves to get pushed to a breaking point by being irritated by a question being asked over and over. They may also add information in a bid for the attorney to stop asking the question and leave them alone.

As a witness, keep answers short and to the point! Don’t be fooled by their crafty tricks. Attorneys need answers to their questions- beware giving them too much. Witness preparation can help avoid giving away too much– a well-informed witness will be an asset to a trial instead of a burden. Cases have been made on witnesses cracking or adding information. Beware of the tricks used on witnesses to get them to volunteer information, and you will likely have a more successful case.