The Future of Court Reporting 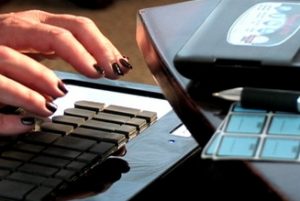 When it comes to court reporting, what does the future hold? This has been a steady career for years for so many people, so it’s natural to cast your mind to the future and imagine what is going to happen in the field if you belong to it. Being a court reporter is a source of pride for the people who go in and do it every day.

Certified court reporters are and have been very in demand in the field for a long time and a vital part of the legal process. All of that being said, it’s natural to wonder whether the position will always be so valued and needed. These reporters are part of the process and help to make sure that everything that is happening in a courtroom is recorded and preserved.

Today we’re talking about the future of court reporting. In the past, they used to use video on tape to create a backup record for transcriptions. That was difficult to do as well as catalog and store, which cost lots of extra hours. Since then there hasn’t really been a replacement that has been that appealing. However, the tech may finally be starting to catch up.

These days the world is all about recording digitally. Digital over traditional storage is now possible, so no more climate controlled rooms to store the tapes! Videos are being stored on flash drives, in email, on portable hard drives and documents and the cloud. So it’s a bit easier to maintain as well as sort through digital recordings and documents than to physically sift through documents only to find that the tapes you were searching for were gone.

With all this improvement, will the courts eventually choose to go with digital recording and storage over a human version? It’s a very good question, but court reporters may have less cause to worry about their jobs going away than you might think. While the tech is more advanced now than it was, it doesn’t mean that it is necessarily more secure. Documents are vulnerable to hacking as well as accidentally being deleted or lost or destroyed. You can still lose a copy of a trial transcription just as easily digitally as physically.

People are able to record what is said and take down events in the courtroom more accurately than a recording machine as well. They are simply able to do their jobs better than machines can. The text is reliable and a video or audio file is not– it can be deleted accidentally or purposefully too easily. (Just hold your USB up to a magnet.)

Every court decides how they try their cases and transcribe them. So it’s going to vary from place to place as well. With the choice up to them, many are choosing to keep their human employees on board. After all, it’s not only a safe choice it’s a good one. The future remains that of court reporters when it comes to court reporting and not any fancy new tech. Take that, technology!