What Does the Future Hold for Court Reporting? 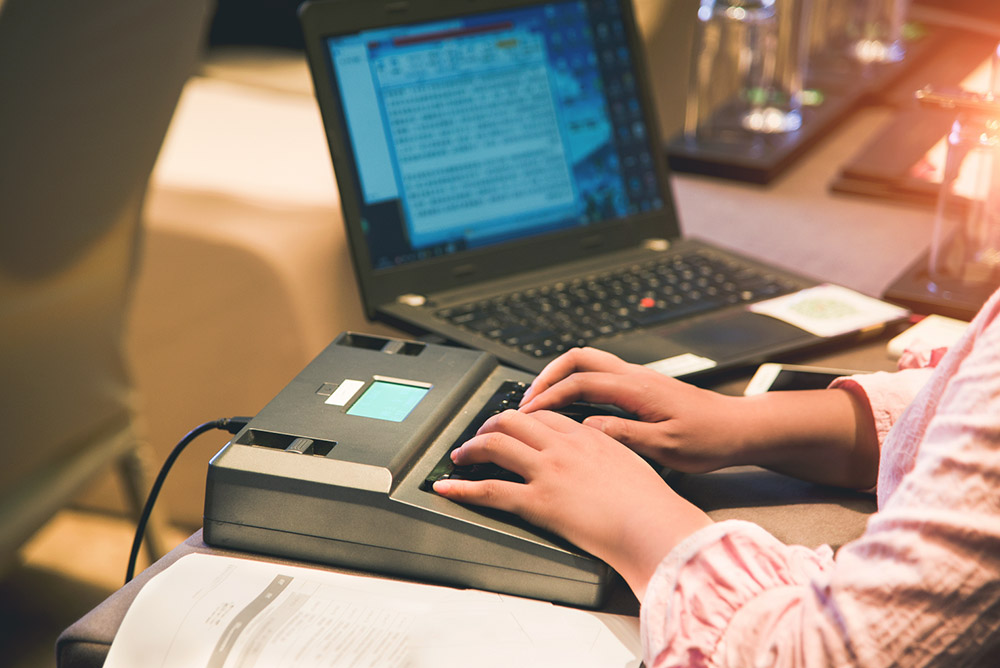 Court reporting is easily one of the oldest careers in recorded human civilization and has been a path for so many people over the years. Indeed, court reporters have always been, and continue to be, held in high regard in and out of legal circles for their vital roles in judicial processes. In essence, they record and transcribe all occurrences in court sessions, and their transcripts serve as important references for the court and parties to a trial, and sometimes even the public.

Nonetheless, with technological progress rendering a bunch of other professions redundant (remember when we had postmen?), it is not far-fetched to wonder whether court reporters will still be in demand in the coming years. Matter of fact, one aspect of court reporting – the use of videotape catalogs as backup for transcripts – was phased out when it proved to be too much of a logistical nightmare. Until now, there hasn’t been a universal replacement for the same, but there’s no doubt that in due time, the tech will catch up.

The rise and increasing use of digital file recording and storage technology will undoubtedly be one of the main factors that drive the modernization of court reporting. In particular, digital video storage offers a cheaper, faster and more convenient way to store and retrieve recordings. This is in comparison to the traditional practice that involved storing records in temperature-controlled rooms, and where retrieval was a tedious operation that involved sifting through endless files.

Paper documents, such as transcripts, can also be stored digitally, whether in flash drives, portable hard drives, or even the cloud. Once accepted and adopted across the board, digital storage of court documents will first and foremost make them more accessible to a wider audience. It will also reduce the workload of certified court reporters, who will just have to upload a file once for everyone, unlike in the current system where they have to print multiple copies for different parties.

So, What Next for Court Reporters?

With all the touted benefits of digital recording, transcription and storage, they are still a long way off replacing human reporters for several reasons. One, despite advances in cybersecurity approaches, digitally stored media is still not as secure as you would expect. It is highly vulnerable to hacking, accidental loss, or malicious deletion. Admittedly, physically stored documents can also be misplaced or stolen, but are way much easier to secure in the long term.

Secondly, human court reporters produce accurate and reliable transcripts (in general) compared to digital recorders. That’s because they are better at figuring out differences in pronunciation among different people. Copies produced by certified court reporters also have more integrity as they can’t easily be changed after dispatch, unlike digital files that can be edited or deleted with no evidence left.

Different courts and jurisdictions have different rules, procedures, and objectives and hence, don’t expect any changes in regards to court reporting systems to be adopted universally. But for now, and possibly for the foreseeable future, most courts are choosing to trust their tested and proven human reporters over the volatile technology.